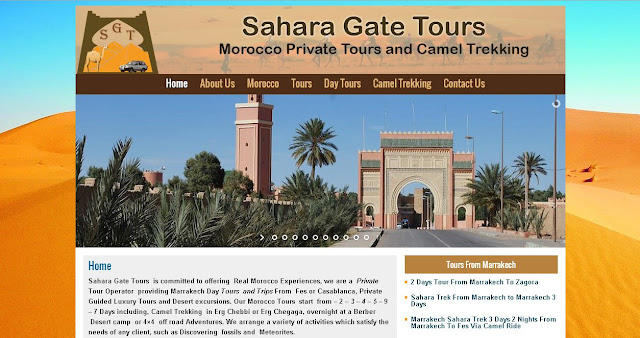 With an extension of 446,550 km2 Morocco has aprox. 36 million inhabitants. The country’s largest city is Casablanca, with just under 6.5 million inhabitants. The capital is Rabat which, like Casablanca, is also located on the Atlantic coast. Marrakech, in the interior, is without doubt one of the most important cities. Located at the foot of the Atlas mountains, it is one of Morocco’s four imperial cities; it has the largest traditional market in the country and one of the busiest squares in Africa and the world. 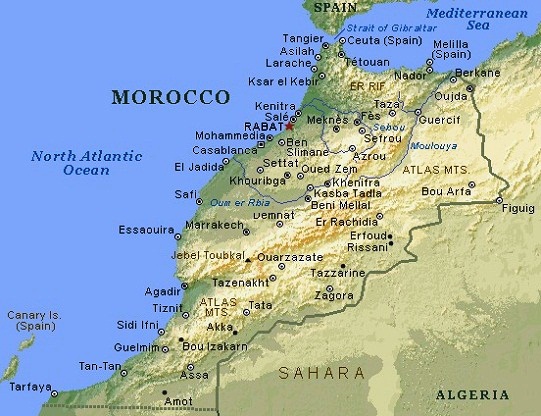 http://www.saharagatetours.com/
The Best Tours in Morocco with sahara gate tours

Will I need a VISA to enter Morocco?

If you are a citizen of the United States or Canada, the answer is “no.” All other clients should consult the Moroccan Embassy or Consulate in their country or you may refer to the following website which is for the Moroccan Consulate General in New York: www.moroccanconsulate.com/visa.cfm.

What is Morocco’s currency called?

The Moroccan currency called the “DIRHAM”.Rates vary little between banks, but some banks charge a fee for currency exchanges which can add up to a considerable sum with the smaller denominations Major credit cards are accepted in the larger hotels and all big shops. ATM cards can be used in many cities even in the south. Travelers cheques are not widely accepted in Morocco and they can be difficult to cash or exchange.but only for a very limited amount. Use a money belt for all your valuable papers, checks, passport and credit cards.

Would it be wise to bring some sort of “remedy” for stomach discomfort?

Yes. While the food in general and municipal water supplies in Morocco are perfectly safe, one never knows how your body’s “system” will react to new and unusual foods or different water supplies. Therefore, it is always wise to keep with you some sort of “stomach remedy” such as Pepto-Bismol, Imodium AD, etc. at all times.

In a word, delicious. Salads are lovely; fresh, succulent vegetables served with light vinaigrette on the side. Harira is the Moroccan word for a thick vegetable soup. A particularly delicious one contains a bread dumpling. Main courses are usually one of the following: grilled meat on skewers often served with French fries; couscous, either vegetarian or meat with vegetables; and Tagine, the Moroccan stew, usually meat, tomatoes, potatoes, onions and spices. Moroccan cooks use a mélange of spices such as cumin, turmeric, paprika, saffron and pepper for a subtly flavored cuisine. In the Sahara you can find ‘Berber pizza’. This is a double crusted pie filled with meat, hard boiled eggs, almonds and spices. Sometimes rather peppery, Berber pizza is best eaten with glass after glass of hot, sweet, mint tea.

What about women traveling alone?

The Hollywood fantasy of the a guttural whisper of “Come wiz me to ze Kasbah” is just that a fantasy. Just as in the west, a person’s demeanor conveys a message. Purposeful, confident behavior does tend to discourage unwanted comments. Some young women who were traveling alone, riding the bus and having a budget of only a few dollars per day for accommodations, said that the harassment consisted of wanting to chat her up, giving her compliments such as telling her how many camels she is worth, or remarking on her beauty. It wasn’t so much what was said, but the fact that the western women couldn’t have a moment’s peace. When one fellow stopped, another soon took his place. According to these women, the way to avoid unwelcome intrusions on buses etc. is to sit with some older women.

What should I wear?

Covered is better. Moroccans appreciate respect shown for their culture. The Moroccans are covered and they look quite attractive. Loose, draped clothing enhances the human figure which too often needs all the enhancing it can get. Just compare a family of plumpish, pink, skimpily dressed tourists as they trundle about in the hot sun getting pinker and pinker to a Moroccan family dressed in flowing garments. Men should avoid going bare-chested and neither sex should wear very short shorts. Walking shorts are fine for both sexes (knee length). Rather than sleeveless blouses or dresses, women should wear short sleeves. Skirts or jeans are equally accepted. Good walking shoes are necessary. Take only the jewelry you can’t do without.

Check This Video out -  Then Call

The Best Tours in Morocco with sahara gate tours

Casablanca is the largest city in Morocco, has the most important harbour in North Africa and is gateway to the magic of the Orient.In the Koran it says: ‘And Allah’s Throne Was On The Water !’ Thus inspired, the Grand Mosque was built on Casablanca’s shoreline. This monumental building was designed to accommodate 105,000 believers and its tall minaret dominates the city’s skyline. More than twelve million people helped finance this ‘Eighth Wonder Of The World’ which involved 90 engineers and 30,000 craftsmen and artists. Lying northwards along the Atlantic coast, is Rabat, Morocco’s capital and home to its government and royal family.

The King’s Palace, the Palais Royal, is a town in itself. Surrounded by walls and protected by royal guards, since 1864 it has been the main residence of the Alaouite Dynasty which has been in power since 1666. To the south of RABAT lies Chellah, City of the Dead. The Merinde necropolis has a square tower and is surrounded by a wall made of crushed loam, proof that the Cathagers built a trading centre here in the 3rd century B.C. Amongst the tombs, the sarcophagus of Sultan Abou El-Hassan stands proud with its artistic engravings. Fez El-Bali dates back to the Middle Ages and contains narrow streets, a pungent mixture of scents, the penetrating sound of craftsmen and fine examples of the Moorish art of building.

Travelling through the Atlas Mountains, the small town of Ilfrane boasts tranquil parks and ponds, modern residential areas and shady avenues which take the traveller by surprise. Just as with their ancestors over the centuries, even today nomads and their camels traverse the endless Sahara. For a distance of over 40 kilometres, the magic landscape of the sand dunes compares with the largest in the world. Finally, Marrakesh, dreamy city at the foot of the High Atlas and Morocco’s most beautiful city. What better location to end the fairytale that is Morocco! 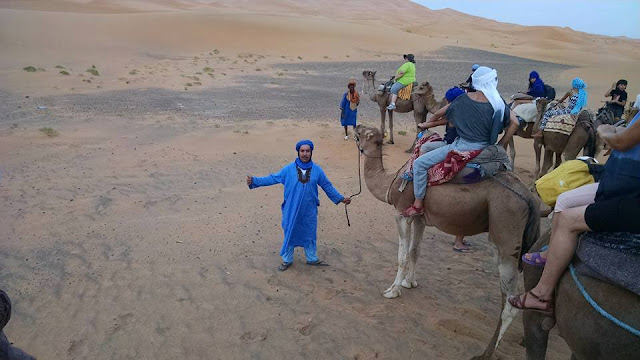 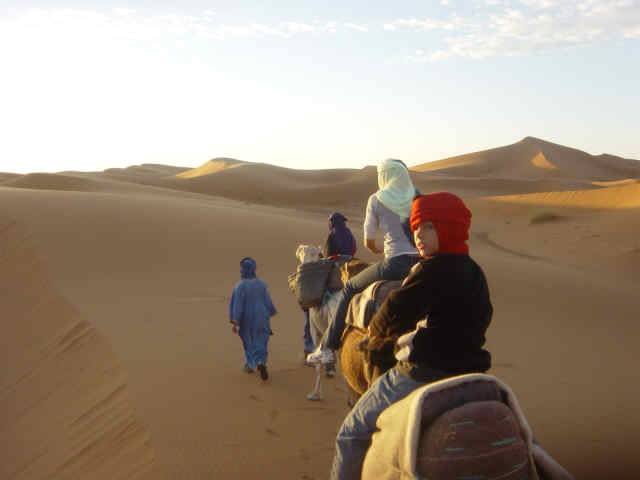 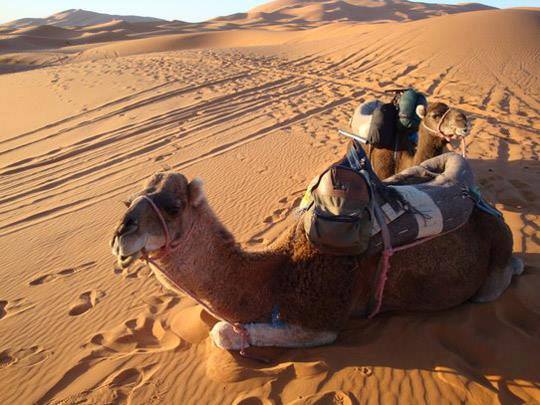 Posted by Buddy Huggins at 12:20 PM No comments:

Email ThisBlogThis!Share to TwitterShare to FacebookShare to Pinterest
Labels: Traveling To Morocco

Published on Dec 6, 2013
"In 2006, Andrew Carrington Hitchcock self published, "The Synagogue Of Satan," the most damning exposure of who had been running the world behind the scenes for centuries.

This 60,000 word book was translated by independent publishers into several different languages and subsequently featured on bestseller lists worldwide.

Now, five years later, Hitchcock's groundbreaking historical study has been expanded throughout and updated to the end of 2011, forming a virtual encyclopaedia of this criminal network which spans over 140,000 words.

Included within the wealth of additional information are the complete, "Protocols of the Learned Elders of Zion," together with excerpts from each of the eighty articles that make up Henry Ford's four volume set, "The International Jew," which are presented for the first time in chronological order.

"The Synagogue Of Satan - Updated, Expanded, And Uncensored," is an encyclopaedia of who is running the world behind the scenes, it is presented in chronological order to aid verification, and its 30 page index enables the reader to navigate throughout with ease.

Not recommended for the faint-hearted, this is no ordinary book, and no-one who reads it will ever be the same again..."

Read the updated version of this book on-line at: http://www.thesynagogueofsatan.com/

Dec 6, 2013 - Uploaded by Vitaliy Shapovalov
"In 2006, Andrew Carrington Hitchcock self published, "TheSynagogue Of Satan," the most damning ...

▶ 19:43
www.youtube.com/watch?v=zS5Ajx2E11A
Jan 19, 2015 - Uploaded by Parantsem Barsamian
In 2006, Andrew Carrington Hitchcock self published, TheSynagogue Of Satan, the most damning exposure ...

Synagogue of Satan - In Their Own Words - Documentary ...