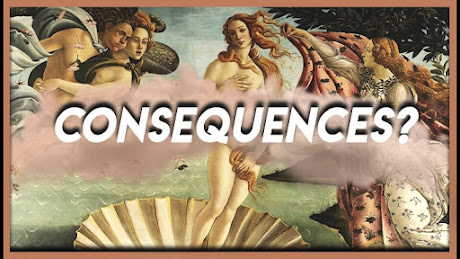 "an entire generation of women was prescribed birth control from the age of 14 for acne and irregular periods and now that same generation is dealing with PCOS, hormonal imbalances, depression, and infertility" This tweet went viral, and in this podcast episode, we're going to discuss women's personal stories with birth control, doctors' responses to this tweet, as well as some hard facts about BC and the big farma industry. 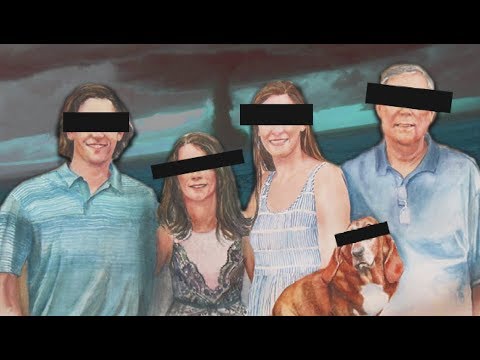 Experts are "baffled" as to why fertility rates have plummeted in the United States. If we examine the events of the past that played a role in the destruction of the family unit, and connect those events to low birth rates and widespread infertility of the present, will we be able to paint a picture of the future? The future of the family? This is a mini-documentary meant for educational purposes. What the Media Wont Tell You - http://bit.ly/reallygracefulplaylist Join the discussion on Discord: https://discord.gg/w44qTMf Steemit: http://steemit.com/@reallygraceful
/////
Posted by Buddy Huggins at 3:54 PM No comments:

Here’s my take on what’s happening in Ukraine/Russia. 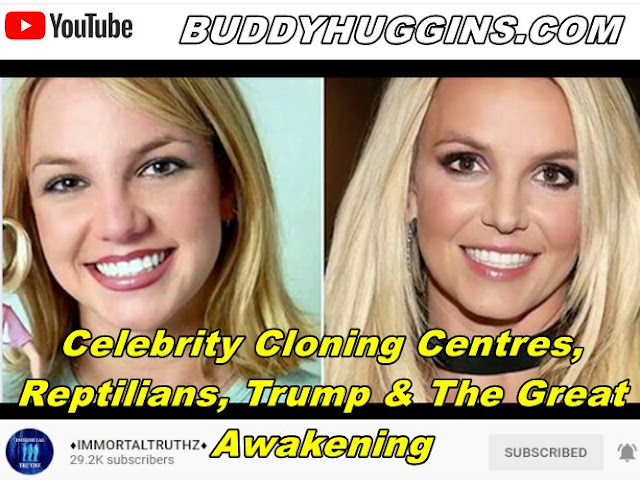 The world has gone mad in 2020 and the deceit and lies on the news is just too obvious. I take a deep dive into the bizarre world of celebrity cloning and how this theory came about. I discuss the reptilians, grey aliens, the Vril society, time travel, Donald Trump and Ingersoll Lockwood, the Q/Pleiadian connection and the great awakening. Are we living out the end times? What the hell is really going on in this crazy world???
I fixed it with some free speech!!

UPDATE 02-25-2022
Here’s my take on what’s happening in Ukraine/Russia. I’m just spitballing here. Like everybody else I have more questions than I do answers but I think this plays into Devolution.First think about what Ukraine is – It’s the epicenter of corruption for the political establishment. Victor Pinchuk, George Soros, Ihor Kolomoisky… All funding “deep state” agendas worldwide, all based out of Ukraine. We know their ties to the Clinton foundation and liberal politics in America.If Trump was going to truly drain the swamp, he would have to tackle the corruption in Ukraine. The oligarchs have funded their own militaries in previous color revolutions. Trump could wouldn’t be able to take them down without a fight. So if Trump is going to clean up Ukraine he would likely need boots on the ground to do it.Enter Putin.It’s no secret that Putin hates Soros as he banned him from Russia long ago, and it’s also no secret that Putin despised the “deep state” tactics of implementing color revolutions to overthrow pro-Russian leaders and install ones that would play ball with the “deep state”. It’s speculated by many that Putin could be working with Trump in the fight against the “deep state” and it’s hard to argue with. The enemy of my enemy is my friend.So think of the brilliance that might be taking place right now.Boots on the ground were likely necessary to fully remove the problem in Ukraine, but Trump couldn’t invade Ukraine with US troops. Somebody else would have to do it. However, if somebody like Putin were to do it while Trump was president, it would make Trump look week and the media would have a field day.What better time to clean up the mess in Ukraine than with Biden in office? Kills two birds with one invasion. You make the Biden administration and the MSM look like fools, while taking on the “deep state” in one of the most corrupt countries on the planet.Putin is simultaneously helping Trump to serve up red-pills while fixing a problem that actually benefits the USA and the rest of the world – the denazification of Ukraine.We won’t have any definitive answers until this blows over but make sure you guys are using the 24 – hour rule with news reports coming out about this stuff.
GO HERE FOR MORE INFO:
https://t.me/s/TarotByJanineChannel/2767

Posted by Buddy Huggins at 10:48 AM No comments: 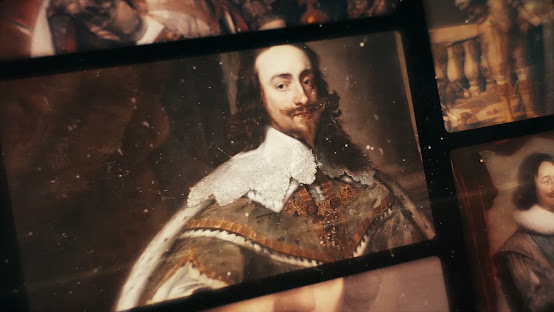 Email ThisBlogThis!Share to TwitterShare to FacebookShare to Pinterest
Labels: Follow The Money, Hidden Secrets of Money, The Great Awakening 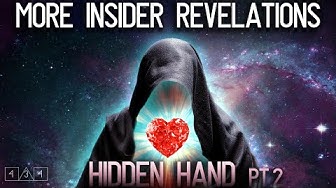 ~~~~~~~~~~~~~~~~~~~~~~~~~~
What does the Second Coming of Jesus Christ look like? ... And how do I know if I'm truly destined for enlightenment?... In this video, Dr. David R. Hawkins shares his view on the next stage of human evolution ... and how it's been a slow gradual process ... a couple of millennia in the making.
Dr. David R Hawkins is a sage whose wisdom has been sought for decades throughout the world by people at all levels of interest and knowledge about life and spirituality. Hawkins is well known for his books and talks on spiritual topics, including love, forgiveness, gratitude and consciousness. Sir David R. Hawkins, M.D., Ph.D. was a nationally renowned psychiatrist, physician, researcher and spiritual teacher who is known for his contributions to humanity and the world. Dr. Hawkins is uniquely qualified to present a spiritual path that would be scientifically compelling to modern society because of his advanced state of awareness and understanding, being that he was renowned psychiatrist who developed one of the biggest practices of his time and he had a near death experience that occurred to him around the age of 9 that he would wait to reveal during the later stages of his life but nevertheless spurred on a quest ...

They control the world. They want you to KNOW the truth. 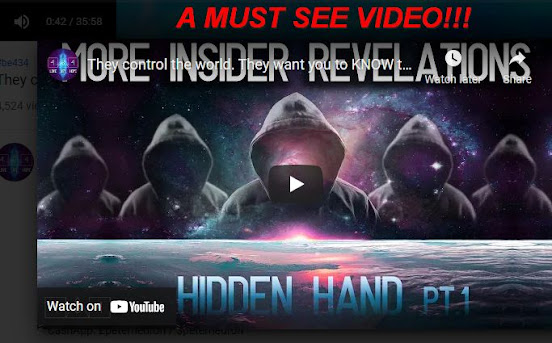 About the Family, the creation of the world, evil, God, 2012, the harvest, death, reincarnation, heaven - they reveal it all in this video.

Elite family member reveals what your life REALLY is 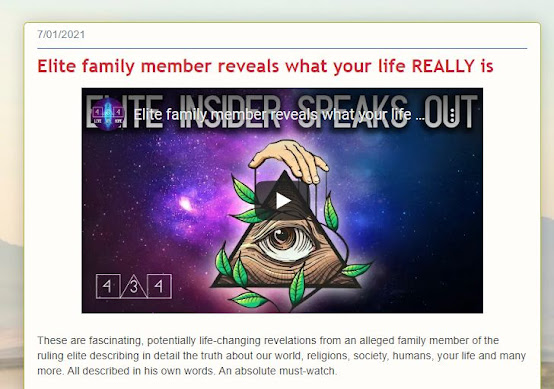 🔗 LINKS First part of the video: https://youtu.be/5BSbWrbQyhg
These are fascinating, potentially life-changing revelations from an alleged family member of the ruling elite describing in detail the truth about our world, religions, society, humans, your life and many more. All described in his own words. An absolute must-watch.
///////
Posted by Buddy Huggins at 7:12 PM No comments:

Email ThisBlogThis!Share to TwitterShare to FacebookShare to Pinterest
Labels: The Awakening Of Consciousness, The Great Awakening

What the Media Won't Tell You About Canada 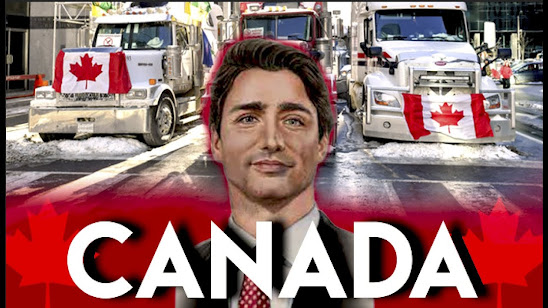 Email ThisBlogThis!Share to TwitterShare to FacebookShare to Pinterest
Labels: The Great Awakening

Email ThisBlogThis!Share to TwitterShare to FacebookShare to Pinterest
Labels: The Great Awakening