Cannabis Is In Your DNA 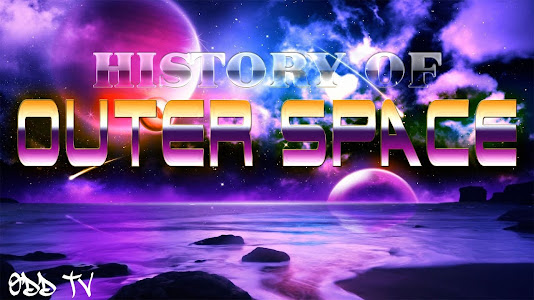 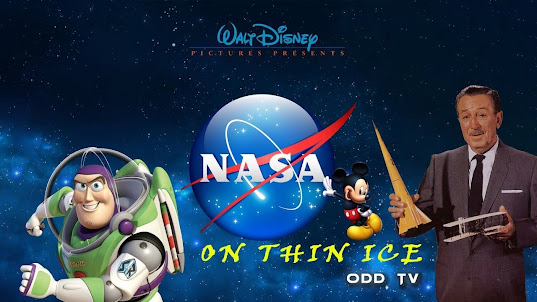 If streaming has stopped,  just go to ODD Channel
https://youtube.com/user/MrDoseman


Learn More Here: Eric Dubay
http://www.therealitywelivein.com/flat-earth/videos/the-best-flat-earth-documentary-by-eric-dubay/
The following 6-hour documentary is currently the most complete and comprehensive presentation of the Flat Earth truth available that I know of. Narrated by myself, Eric Dubay, this videobook covers the majority of my best-selling “The Flat Earth Conspiracy,” book and is guaranteed to awaken even the sleepiest sheeple to the global deception. Please like, subscribe, comment and share to help get this most important documentary out to the masses! http://www.EricDubay.com​ http://www.AtlanteanConspiracy.com​ http://www.IFERS.123.st

If you believe that you live on a spinning globe, think again. The spinning globe #earth paradigm is a 500 years and running #conspiracy perpetrated by the Jesuits, the Vatican, Zionist Jews and the Freemasons. There is no observable curvature on this earth and motion has never once been detected. #NASA has never been passed low #earth "orbit" and the moon landing was obviously staged. Once you understand the consequences of living on a #flatearth, you'll start to see why this information is so important. Note: We are not the #FlatEarthSociety. They are controlled oppostion to keep people away from flat earth truth. This is a 24/7 #Livestream with some of the best flat #earth videos and documentaries on the internet. Unlike the#Space & Universe (official) channel with their phoney ISS live feed of #earth from #space, this livestream is jampacked full of facts that provide flat earth proof. The #flatearth is not a theory and it has not been debunked. Though we are forced to theorize on what an accurate map of the earth may look like, at least we don't make wild claims such as #earth is spinning, earth is orbiting the sun, gravity, etc. #Earth is a flat and stationary plane just as it appears and just like our senses tell us. #NASA lies and is basically spearheading the campaign to deceive you and the rest of the world. Even #SpaceX and other "aerospace" companies are a part of the deception, at least the owners and employees at the highest echelons. (To clarify, not every scientist, pilot, school teacher or #NASA employee is in on this ordeal). Don't let these fake space programs and mainstream #science fool you. Think critically, logically and do YOUR OWN research before blindly believing that you live on a spinning, pear shaped oblate spheroid darting through infinite #space at ridiculous speeds that have never been proven. Research Flat Earth.

Posted by Buddy Huggins at 5:27 PM No comments: 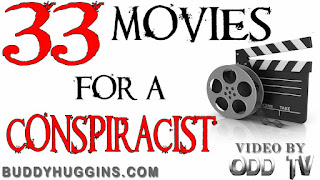 Published on Jul 9, 2016
Yes. You can use my work or mirror my videos, but I expect credit and a link to my channel. Thanks. -ODD TV
Here's a list of 33 movies that are perfect for any conspiracist. I tried to cover a wide array of films that focus on different topics in the conspiracy world. This list is nowhere near definitive, but I tried to consolidate the best ones in my personal opinion. Thanks for watching.
Via.  https://www.youtube.com/channel/UCuftdXePz6z73Wsg8Ao5lTg
Video mirror Here:
https://youtu.be/L_ApQ4prG7Q

Posted by Buddy Huggins at 12:13 PM No comments:

WeAreChange
Today on Memorial day we cover the latest breaking news from Angela Merkel announcement against the U.S, the protest in Venezuela, the tensions between North Korea and Japan plus a lot more.Memorial day video https://twitter.com/AngeloJohnGage/st... Visit our MAIN SITE for more breaking news http://wearechange.org/PATREON https://www.patreon.com/WeAreChange?a...SNAPCHAT: LukeWeAreChangeFACEBOOK: https://facebook.com/LukeWeAreChangeTWITTER: https://twitter.com/LukewearechangeINSTAGRAM: http://instagram.com/lukewearechange STEEMIT: https://steemit.com/@lukewearechangeOH YEAH since we are not corporate or government WHORES help us out http://wearechange.org/donateWe take BITCOIN too 12HdLgeeuA87t2JU8m4tbRo247Yj5u2TVP
//////
Posted by Buddy Huggins at 12:10 PM No comments:

The Outer Dark
Ronald Bernard worked as an elite banker and came back with a shocking story of what happened within the system. #RonaldBernard #NWO
//////
Posted by Buddy Huggins at 11:32 AM No comments: 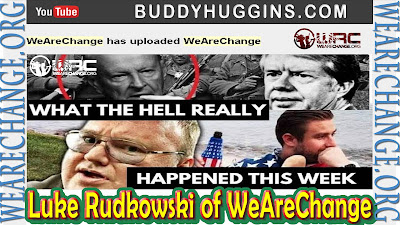 Published on May 28, 2017
In this video, Luke Rudkowski of WeAreChange gives you the breaking latest news of everything that happened this week which we think you should know about in proper context. We go over passing away of top globalist Zbigniew Brzezinski passing, Kim Dotcom bombshell and a lot more.

OH YEAH since we are not corporate or government WHORES help us out http://wearechange.org/donate

We take BITCOIN too
12HdLgeeuA87t2JU8m4tbRo247Yj5u2TVP

Posted by Buddy Huggins at 10:32 AM No comments: