Why Is The U.S Funding ISIS!?

Source: WND
[Two WRC videos compliment this story rather well, they are at the end of this article if you wish to know more about Hillary’s crimes and the origin of ISIS]
More than 100 pages of previously classified Department of Defense and Department of State documentsimplicate the Obama administration in a cover-up to obscure the role Hillary Clinton and the State Department played in the rise of ISIS.
The documents were obtained in a Freedom of Information Act lawsuit filed by the Washington watchdog Judicial Watch.
They confirm WND reporting over the past three years of evidence that U.S. Ambassador Christopher Stevens was involved in shipping weapons from Benghazi to support the al-Qaida-affiliated militias fighting the Bashar al-Assad regime in Syria, effectively arming the Sunni jihadists who morphed into ISIS.
The documents further confirm WND reporting that the goal of the terrorists behind the Benghazi attack that killed Stevens was to force the release of Omar Abdul Rahman, the “blind sheik” in U.S. prison serving a life sentence for his involvement in the 1993 bombing of the World Trade Center, and to avenge death of a prominent Libyan al-Qaida leader killed by a U.S. drone strike in Pakistan.
“These documents are jaw-dropping,” said Judicial Watch President Tom Fitton. “No wonder we had to file more FOIA lawsuits and wait over two years for them.”
Fitton referenced in particular a Defense Department document from the Defense Intelligence Agency, DIA, dated Sept. 12, 2012. It documents that the attack on the Benghazi compound had been carefully planned by the al-Qaida and Muslim Brotherhood-linked Brigades of the Captive Omar Abdul Rahman, BOCAR, which aimed “to kill as many Americans as possible.”
The document, dated the day after the Benghazi attack, was sent to then-Secretary of State Hillary Clinton, then-Defense Secretary Leon Panetta, the Joint Chiefs of Staff and the Obama White House National Security Council.
“If the American people had known the truth – that Barack Obama, Hillary Clinton and other top administration officials knew that the Benghazi attack was an al-Qaida terrorist attack from the get-go – and yet lied and covered this fact up – Mitt Romney might very well be president,” Fitton observed.
“These documents also point to connection between the collapse in Libya and the ISIS war – and confirm that the U.S. knew remarkable details about the transfer of arms from Benghazi to Syrian jihadists,” Fitton stated.
He said the documents “show that the Benghazi cover-up has continued for years and is only unraveling through our independent lawsuits.”
“The Benghazi scandal just got a whole lot worse for Barack Obama and Hillary Clinton,” Fitton said.


Why You Should NOT Vote For Hillary Clinton In 2016

Posted by Buddy Huggins at 11:23 AM No comments:

Just Have An Open Mind,  Can Nibiru be Debunked?  And should I look at both sides?  You bet I should.  A shift is happening,  Do I really know what that means?  Hell no I do not.  I do know,  I shift,  my thinking every time I find true.   Truth about who I AM and why I AM here. In short, I AM here to know all that there is to know for me.  To love and let others learn about that love as I can.  Will love fix any one or all of the problems of earth.  I do not know,  I do know Love has made my life one of my best dreams come true for me.  A dream of awaking each and every day,   my eyes open and I AM still here in the dream of a dreamer.  Living a life of just being aware of who and what I AM.  ~ BH

A detailed guide covering all aspects and all subjects from IRAS 1983 sightings hoax to SOHO and STEREO images of Venus, Comets and the Sun, SDO, Lens Flares, The South Pole Observatory and what really is its pourpose, with a detailed and extensive research providing an overwhelming abundance of proof and evidence the scientific way.

Q: Is there a planet or brown dwarf called Nibiru or Planet X or Eris that is approaching the Earth and threatening our planet with widespread destruction?

A: Nibiru and other stories about wayward planets are an Internet hoax. There is no factual basis for these claims. If Nibiru or Planet X were real and headed for an encounter with the Earth in 2012, astronomers would have been tracking it for at least the past decade, and it would be visible by now to the naked eye. Obviously, it does not exist.

Eris is real, but it is a dwarf planet similar to Pluto that will remain in the outer solar system; the closest it can come to Earth is about 4 billion miles.

Hey, sometimes, we like NASA. (Niburu Debunking Below Anunnaki Debunking)

Beyond 2012: Why the World Didn’t End
News Flash: The world didn’t end on Dec. 21, 2012. You’ve probably already figured that out for yourself. Despite reports of an ancient Maya prophecy, a mysterious planet on a collision course with Earth, or a reverse in Earth’s rotation, we’re still here.

The Mayan connection “was a misconception from the very beginning,” says Dr. John Carlson, director of the Center for Archaeoastronomy. “The Maya calendar did not end on Dec. 21, 2012, and there were no Maya prophecies foretelling the end of the world on that date.”
› Read More About the Mayans
For years leading up to the supposed apocalypse, NASA scientists worked to dispel the myths and answer questions on a host of 2012 topics:

Posted by Buddy Huggins at 1:25 PM No comments:

A Message of Hope for the Poleshift 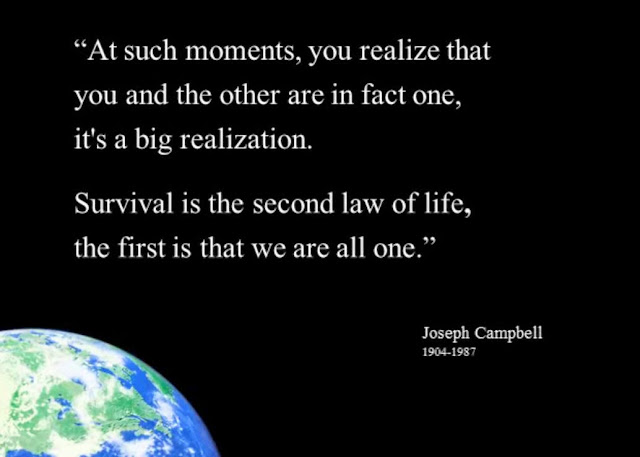 Zeta Movie - Part I from veresay on Vimeo.

ZetaMovie - 2: Signs of the Times, video A from veresay on Vimeo.

Zeta Movie - Part 2 (B): The Cataclysm from veresay on Vimeo.

Mail this Page to a Friend.

There are many places on Earth that will be safer than others. Common sense can guide. If one reads the literature on past geological changes, and written and spoken records on what occurred during past cataclysms, one can plot their course. Coast lines are dangerous, as the tidal waves will be immense. Subducting plates or areas close to building mountains will be at risk. Buildings subject to earthquake damage should be avoided, and best of all is the least amount of structure, as in tents or straw huts. Natural windbreaks are available, as valleys between hills.

A Message of Hope for the Poleshift


Published on Nov 6, 2014
This program presents an overview of the Planet X system, how it moves through our solar system and why we always seem to observe it near the Sun and not behind us, plus recent observations of three planets in the Planet X system captured by ocean buoys located in the Gulf of Alaska and the Gulf of Mexico.

Detailed explanations of the first three Planet X events projected for the tribulation time line are presented: covert visitations, deep impact, and the perihelion alignment of the Planet X system as it will be seen from Earth. These projections by the Guides appear in the book, Being In It for the Species.

To learn more about the tribulation projections made by the Guides in being in it for the species, visit BeingInItfortheSpecies.com or Yowusa.com.

Posted by Buddy Huggins at 12:57 PM No comments:

This video should have 10 million views or maybe I'm mistaken.

Are like the guy says in the video this It Can't Happen Here?

Ask yourself why is the video count, right now as of this date so low?

If you believe in the message of this video then helped promote it share it send it around to your family and friends. ~ BH
http://www.DollarDVDProjectLiberty.com


Support the producer and order an

Buy stacks of the DVD from

Posted by Buddy Huggins at 1:06 PM No comments: