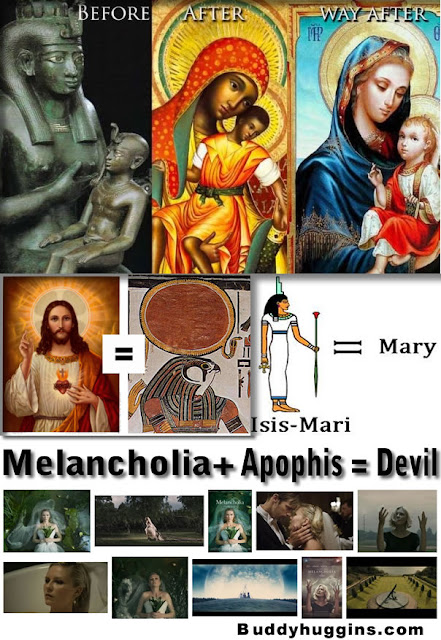 Similarities Between Osiris And Jesus Christ

In the Ptolemaic Period, the cult of Serapis was reinvented based on the myth of Osiris
Early Christians in Egypt identified Christ with Serapis, renamed their god to Jesus, and continued their worship as usual

From the 'Egypt Uncovered' series: "Deities and Demons".


MELANCHOLIA
A movie about a nearby planet threatens

to collide into the Earth.

Lars Von Trier is back with his new film, officially premiered in Cannes 2011.
Described as "A beautiful movie about the end of the world", MELANCHOLIA tells the story pf two sisters (Kirsten Dunst, Charlotte Gainsbourg), who find their relationship challenged as a nearby planet threatens to collide into the Earth.

For some reason, http://deepastronomy.com went crazy with traffic over searches for the Apophis asteroid. This prompted me to make this video since it had been several years since I had written the article and wanted to provide a little more updated information.

Not much has been learned since because of where Apophis is, which is very close to the Sun with respect to us. Later this year marks the time when we will begin to get a good enough angle to be able to take more precise observations.

What we really want to know is: will Apophis go through the 'Keyhole'? If so, then we may be in for a very bad day on Sunday, April 13th 2036.

Email ThisBlogThis!Share to TwitterShare to FacebookShare to Pinterest
Labels: Christianity is a Egyptian Myth - Horus=Jesus