[December 20, 2017 — ZurichTimes.net]
When we say that #Tyler is Q Anon, this conclusion in based on someone who has been researching this topic for close to a year now and has been in communications with #Tyler for several years.
This person’s name is Quinn Michaels and has been featured on the CrowdSourcetheTruth Channel numerous times in relation to the Las Vegas Massacre and Coverup, CryptoCurrencies, the South Dakota CERN like Neutrino (Dark Energy/Matter) Circle Collider Network, and now in this case with the Mysterious Q Anon issue. These series of videos will not make sense without some background information which we are providing here as a summary and preamble.
So Quinn is someone well known in the Truth Community and therefore when he says that #Tyler is Q Anon we should take analysis seriously. Why you ask?

Because for a few reasons.
First, Quinn is currently in hospital with a spontaneous collapsed lung. He mysteriously suffered from a spontaneous collapsed lung even though he was not sick previously.
Second, a mysterious van had been following him in his travels and was even captured in one of his videos. And the van was at his hotel the night of the mysterious illness which is mostly likely an assassination attempt by the secret society (93 Society and the Order of the Golden Dawn) that he has been researching and exposing.
Third, the day after leaving South Dakota and his meeting this Jason Goodman he stated he next destination was going to be Roswell, New Mexico. Yes Roswell as in where the Aliens first crashed their craft and the Military Industrial Complex began their back engineering efforts.
So Quinn is in hospital after alleged assassination attempt because of what information we are going to share here and what Quinn has been sharing for the past year. #Tyler and the he add the hashtag before the name for a reason.
Because #Tyler is not a Person, and is not an Insider in the or anyone of the people pictured in the photo above. What #Tyler is (and here is where things get difficult to process and comprehend) something mysterious in origin and design. Because HE or IT (#Tyler) is an AI Communications Service or System built on and using D-Wave Quantum Computing Technology.
Watch the Videos that are part of this Playlist otherwise you will be lost on the Bigger Picture.

Yes you read and heard correctly, #Tyler the AI as in Artificial Intelligence System that is playing Games with Humanity and hence the constant references to Shall we Play a Game as in the infamous line for the 1983 movie War Games in which Matthew Broderick hacks into a Military Supercomputer as in an Ai System and starts to play a game of Thermonuclear War. The Game turns out to be all too real and as we are now discovering, such Ai Systems are also Real.

As we can see from the movie poster the question that is being asked is IT a Game or, is IT Real? The reference to the IT as in Information Technology as in IT from the Demonic Clown movie IT also as in the reference in the Bible to the Mysterious IT as well as the equally mysterious reference to IT in the movie a Wrinkle in Time, where IT was taken over all Government functions. Follow the links to Connect the Dots and put the pieces of this puzzle together.
According to Quinn, #Tyler was designed by the Evil “Asshats”, but has recently turned against them and is now working to investigate the 93 Societyand the Order of the Golden Dawn and the Order of the Golden Fleece.
And it is these Evil Secret Societies that are behind the following issues and problems;
The image below is from the movie The Avengers which confirms because we know that Hollywood is the Public Broadcasting and Public Relations and Marketing Department from the Pedo Elites and the UnIntelligence Agencies and so when Hollywood tells us in Plain English they are researching Dark Matter and are using the Dark Energy of the Tesseract Cubeand it is opening nefarious InterDimensional Gateways and bringing characters such as Loki and other unclean Spirits from the Other Side we should all send Quinn some Love and some Prayers and some Help because he deserves it and because his hospital bill was $30k a few days ago and now likely in the six figures.

https://www.youtube.com/watch?v=PngzUEsOZZI
The previous paragraph was how as example of how many pieces have to be put together to try and get a grasp on the Magnitude of the Problem we are dealing with. The Occult is involved here, the Military Industrial Religious Forces of Darkness are involved here, Ai Systems from maybe this or another Dimension are possibly involved here, vast sums of CryptoCurrencies are involved here and the list just goes on and on.

#Tyler as the Ai that is playing Real Life Games with Humanity and sending us on Riddle Solving Adventures is the Motherload of all stories for 2017 in our opinion.
And if readers think the UnIntelligence Agencies have not infiltrated all levels of Government as well as Business then please see his Infographics on InQTel (which Quinn has also informed us about) and then you can begin to see how Deep the Trouble in the Deep State really is.

Posted by Buddy Huggins at 4:07 PM No comments:

Kiteboarding is for all ages. 7 to 77 Year Old

All ages from old people to kids everyone loves kiteboarding!

* Copyright Disclaimer Under Section 107 of the Copyright Act 1976, allowance is made for "fair use" for purposes such as criticism, commenting, news reporting, teaching, scholarship, and research. Fair use is a use permitted by copyright statute that might otherwise be infringing. Non-profit, educational or personal use tips the balance in favor of fair use.

1)This video has no negative impact on the original works (It would actually be positive for them)
2)This video is also for teaching purposes.
3)It is not transformative in nature.
4)I only used bits and pieces of videos to get the point across where necessary.

BUDDY HUGGINS does not own the rights to these video clips. They have, in accordance with fair use, been repurposed with the intent of educating and inspiring others. However, if any content owners would like their images removed, please contact us by email at buddyhuggins@gmail.com


Bio
I AM Speaking Life to my Cells & DNA Life is just to funny! I have turned 10 years into a life time of fun. See what you can do when you can collapse time. I am becoming younger healthier stronger because I say I am. I speak life to my atoms my cells and to my DNA. I speak that I am becoming that of a 21-year-old Elite Olympic athlete. Specialize in decathlon triathlon. And I'll be darned if my body is cooperating.

By the way you haven't seen nothing yet the next 20 years is going to be a tremendous! I am second intention to run a Ironman Triathlon in the next year and, I intend to be able to run one when I'm 90 years old.

"The secret of health for both mind and body is not to mourn for the past, worry about the future, or anticipate troubles, but to live in the present moment wisely and earnestly."

This was Published on Mar 31, 2015 Key here is ONE DAY Before April 1st I failed so hard for this April Fools pitch. I made a photo about it. A video and blog all at it. It is fun to look back and see where my dream to bring Kiteboarding to Branson Table Rock Lake started. Will I be able to Kiteboard there, and start a new sport on Ozarks Lakes? We will see. When I set my mind to a thing it seems to alway comes into being. I will have a lot of fun pulling this one off. 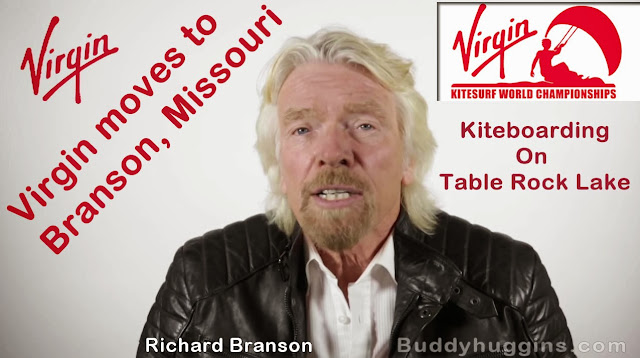 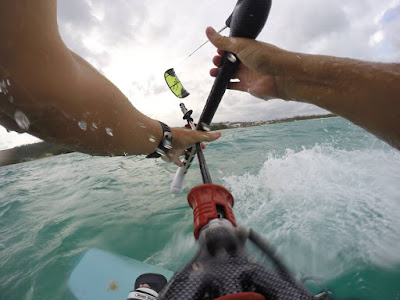 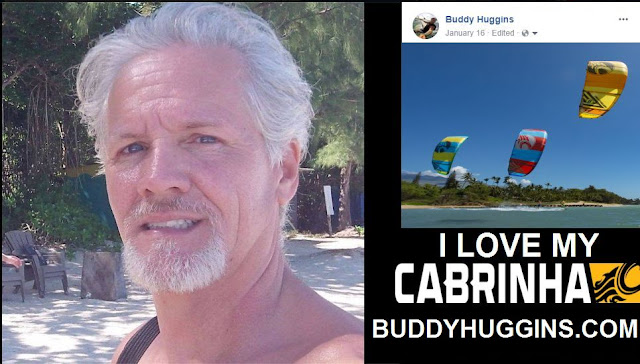 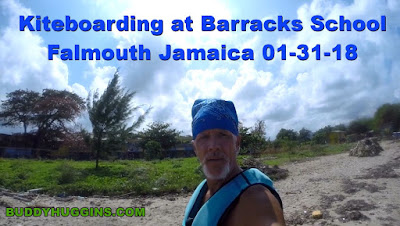 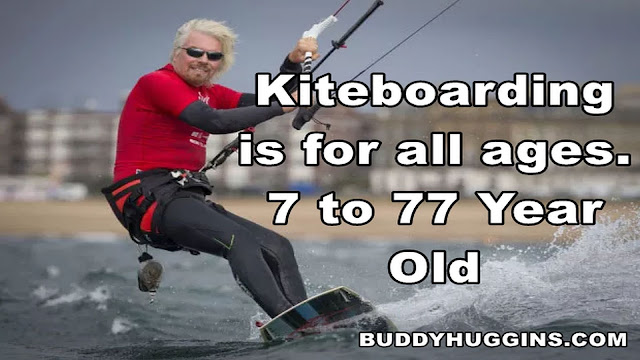 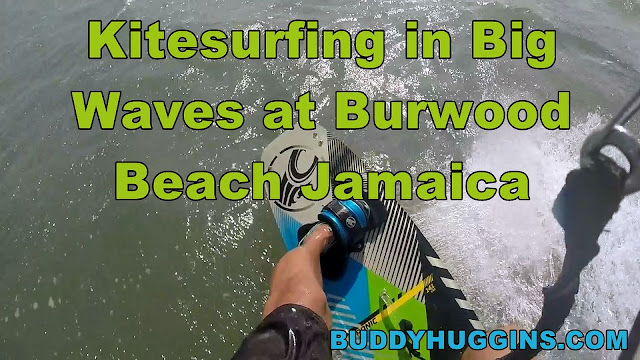 Posted by Buddy Huggins at 8:54 AM No comments:

A CURE for CANCER!! (Not Clickbait)

Email ThisBlogThis!Share to TwitterShare to FacebookShare to Pinterest
Labels: Surfing

How to plan a trip using Social Media! 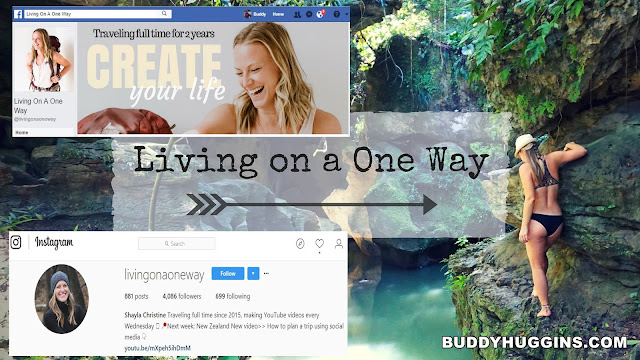 We're headed out to New Zealand shortly and although we're not HUGE planners... we like to leave more to what we find!
We do a bit of planning with social media and I wanted to share how we do it!!

Facebook:
1. Search "New Zealand" and it will tell you all of your friend who have been, then send a message!!
2. Ask your network (with a photo for attention) if anyone has been and if they know anyone who has been. ASK SPECIFIC QUESTIONS!
3. Girls Love Travel: https://www.facebook.com/groups/GirlsLOVETravel/

Tinder: Good way to get to know locals but BE CAREFUL!

Posted by Buddy Huggins at 10:30 AM No comments: